LEGA SERIE A LANDS IN THE UNITED STATES OF AMERICA 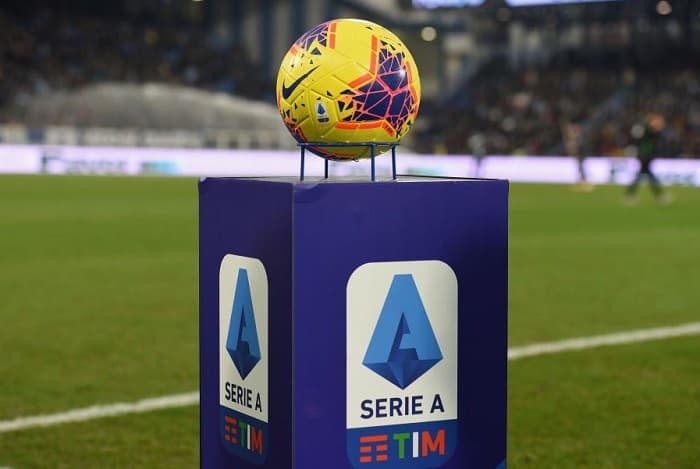 The Lega Serie A lands in the United States and it does so in grand style, launching a new historic phase for Italian football, with the inaugural event ‘CALCIO IS BACK’ at the Metropolitan Museum of Art in New York City.

‘CALCIO IS BACK event’

A number of prominent figures from the business, cultural, and sporting world attended the event’s opening. The personalities that attended the event were Serie A legends Alessandro Del Piero, Alessandro Nesta, Andrea Pirlo, and Christian Vieri, Ambassadors of Lega Serie A’, as well as NBA and NFL champions.

The event ‘CALCIO IS BACK’ marks the establishment of a new Serie A office in Manhattan. The opening of the first international office kickstarts an exciting project that will allow Lega and the 20 clubs associated with it to create new synergies while strengthening its relationship with different stakeholders across the region (here the different stakeholders are different institutions, brands, broadcasters, and fans)

“The opening of the office in the heart of Manhattan represents a historic moment for Italian soccer, one of the excellencies that have always characterized our country internationally” The Serie A is a worldwide recognized brand, we are on the right track to compete in the upcoming years at international level. The American one is for us a strategic market and fundamental to export the Serie A brand, for a while it has been mentioned about opening an office location in the United States, finally we realized the dream that for year was in the drawer”. Luigi De Siervo, CEO of the Lega Serie A

Lega Serie A initiative in United States of America

Many initiatives have already been organized to strengthen the brand’s presence in the region, one of the initiatives is the organization of a viewing party in collaboration with Ribalta Restaurant to follow the Frecciarossa Coppa Italia final on May 11th.

Additionally, on the 25th of May at the Eataly Flatiron School, during the last act of the Italian league, a cooking class with a regional theme was organized and a trophy replica of the Italian league was presented to the AC Milan Club New York in the presence of Michele Ciccarese (Commercial and Partnership Director of Serie A) and hundreds of AC Milan fans.

During the month of June, one of the ambassadors of Lega Serie A will be attending the Summer Fancy Food event, which is one of the biggest food festivals in the world happening from June 12th to June 14th in New York.

Food and football, two of Italy’s most recognizable exports, will help promote Serie A in America through a variety of partnerships with the most prominent Italian food brand in the region. A chain of Serie A-branded restaurants will be launched which would represent an ideal meeting point for fans where they would enjoy the experience of watching Serie A matches while indulging in Italian cuisine.

Among the other projects, Serie A is starting an affiliation program with some of the main colleges and sports campuses in the country. The main objective of starting this program is to grow the number of Serie A fan bases in the region therefore, some of the great coaches of the Italian league will support and mentor American college coaches which is in line with the great Italian school tradition.

Through a collaboration with College Life Italia, the league will also start a series of organized tournaments at the regional and national level called Serie A select.

Learn more about Lega Serie A coming to the Metaverse