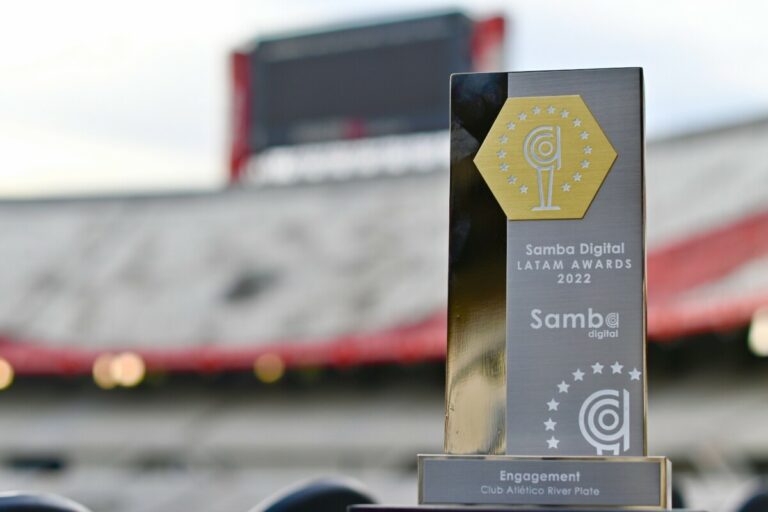 Thanks to the “Tu momento de ser Socio” campaign in 2021, River Plate won the Engagement category of the 2022 Samba Awards and now it was Stefano Di Carlo, General Secretary of the club, who received the trophy in hands of Johnny Hemann, Creative Chief at Samba Digital, at the Mâs Monumental stadium in Buenos Aires, Argentina.

“This award is very important for River because it is a recognition of the digital strategy that we have started since the beginning of our management, more than eight years ago”, Di Carlo said.

River Plate won the award beating Fortaleza and Flamengo, second and third place respectively, in the Engagement category after the great work from the Argentinian giant with “Tu momento de ser Socio”. That great campaign helped them to generate over USD 1 million in customer lifetime value using Facebook and Instagram.