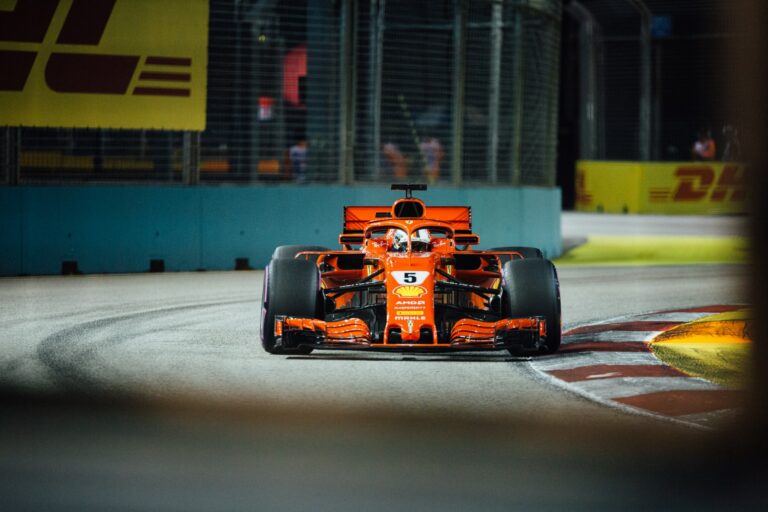 The Formula One team is becoming well-known for creating headlines in its hunt for a more environmentally friendly fuel source. They’ve now generated further headlines by announcing a new content partnership with the NBA. The US Grand Prix and the opening of the 75th season of the American basketball league, whose first ball was only a few weeks ago, marked the beginning of this new relationship. This concept will allow one global sports powerhouse to reach closer to their respective fan bases.

In honor of this collaboration, the NBA and Formula One have begun to post on their respective social media platforms. Not only that but vehicles from the world’s premier motorsport category have been customized. These customizations include personalized paints depicting the 30 franchises of the world’s premier basketball league.

More information regarding Formula One’s drive to sustainability with a hybrid engine that works solely on renewable energy can be found here.

This isn’t all; ESPN America has also got several Formula One drivers for an off-track clash as part of this relationship. In the Circuit of the Americas paddock, a basketball half-court was custom-built for a free-throw competition. Furthermore, NBA icons will provide the pilots with shooting pointers as they compete for a $20,000 reward. The lucky winner will also have the option of donating their reward money to a charity of their choice.

Learn more about Formula One collaborations, such as CryptoCurrency raising its game in Formula One with a $100 million contract.

It’s also worth mentioning that Formula One has been working hard to improve its connection with US fans. Fans should be excited for next year since it will be the first time in history that the country will face two tests. Aside from the event in Texas, which has been on our schedule since 2012, another race on American territory, namely in Miami, Florida, will make it’s big entrance.

Despite the fact that the NBA and Formula One are joining forces in a surprising collaboration, there was a project between the two last July. To obtain a better insight into the American market, McLaren placed logos of the Phoenix Suns. This known team contested the finals of the 2021/2022 NBA season, on vehicles raced by icons like Lando Norris and Daniel Ricciardo throughout the British Grand Prix weekend.