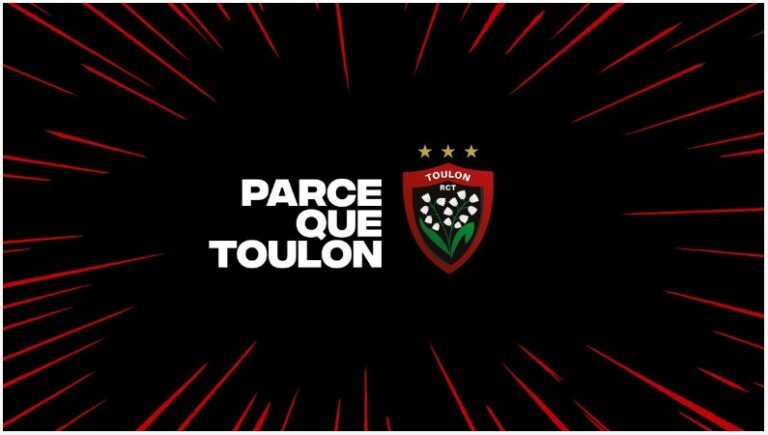 The Rugby Club Toulonnais unveiled its new development program for the months and years to come. A presentation was made in Paris at the Accor Arena as part of the Global Sports Week 2022.

Bernard Lemaitre, President of the Rugby Club Toulonnais, and his team presented in the morning the ambitions and the major objectives of the club for the years to come.

In order to continue to promote the RCT brand and increase revenues, the leaders of the TOP 14 clubs presented the Toulonnais roadmap which focuses on enhancing Fan Experiences, driving innovation, and improving the communication process.

“Seducing and engaging more and more fans involves winning titles, but also uniting around our players, our identity, our values ​​and thus becoming an event and digital platform offering content, strong experiences, and services. François Pesenti, Executive Director of the RCT. “A large professional club, like the Rugby Club Toulonnais, is also an entertainment company and a media.

The Rugby Club Toulonnais foraying into the Metaverse

Among the main announcements, the RCT specifies that it will invest in the Metaverse through the acquisition of “land” on The Sandbox platform, a first for a rugby club in the world and a first for a professional club.

With the web 3 strategies deployed in partnership with the Doors 3 agency, the RCT will inaugurate the first Rugby stadium in The Sandbox in early 2023.

In parallel, the RCT has also formalized the signing of a partnership with Socios.com in order to launch fan tokens next fall.

“The Rugby Club Toulonnais is committed, thanks to the arrival of Bernard Lemaitre – Chairman and sole shareholder – and with the support of local authorities and the Town Hall of Toulon, to a very ambitious plan for sporting performance and value-creating economy” adds Frédéric Bir, Managing Director of the RCT. “Indeed, a high-level rugby club deploys an annual budget of more than €30 million, the financing of which is mainly provided by the Club’s commercial income. (TV rights representing only 15% of overall revenues). This plan deployed over 5 years (2023-28) revolves around the “EXCELLENCE” value and must project the RCT into a permanent challenge of innovation, relying on its strong brand image but also on its training and over its vast territory. Indeed, the Rugby Club Toulonnais is the only professional club to practice at the highest level in the large southeast quarter of France. Reference club which must attract all the young talents of the “Mediterranean” who will form our professional workforce tomorrow.

A Hall of Fame on the program

Among the announcements, the Rugby Club Toulonnais has formalized the creation of a Hall of Fame in partnership with the Com Over agency.

After honoring some of its legends almost 10 years ago on cobblestones with the “Avenue des Légendes” device, the Toulon club will bring 5 club legends into its next Hall of Fame during a launch ceremony. The future device will also offer a virtual museum, merchandising, and in particular NFTs.

The other Toulonnais projects to be announced by 2028

The other announcements made revolve around the club’s new brand positioning strategy which includes being accompanied by a new graphic charter, the enrichment of Fan Experiences at the Stadium with the production of a program hosted by Christian Califano, and the construction of a new building open to the public within the RCT Campus (the newly constructed building will have shops, restaurants, bars, a terrace overlooking the training ground, co-working spaces, seminar rooms, etc.)

The Rugby Club Toulonnais also expressed its desire to make the club an event platform for Toulon and the South Region with events outside the stadium (reflection, networking, social actions, activities and promotion of the territory, conferences, seminars for companies, and the general public)

Finally, they wanted to continue with the “Rugby Heart Toulonnais” Foundation which looks at carrying out numerous projects and actions around themes such as solidarity, education, integration and the environment, etc. Starting next season, the RCT Foundation will defend the protection of the seas and oceans. This theme will be highlighted in the design of one of the jerseys for the 2022-2023 season (seabed) designed by Nike.