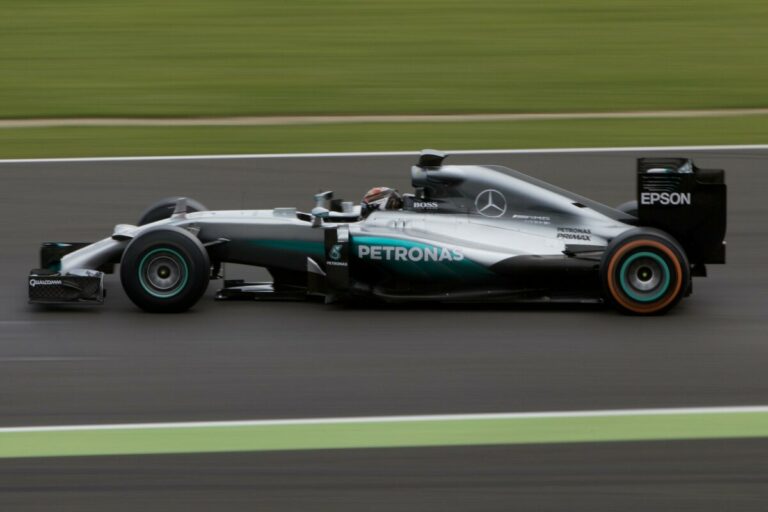 The Mercedes-AMG Petronas Formula One Team has announced the launch of a series of NFTs in collaboration with FTX, one of the world’s most innovative cryptocurrency exchanges. The team will collaborate with a series of artists over the 2022 race calendar in which they would be invited to create race-inspired artwork which fans can collect and trade.

The first release would be the NFT ticket stubs which is the artistic interpretation of a Mercedes-AMG Petronas race ticket. With this NFT being launched, many other unique and rare NFTs would be unveiled as well throughout the year.

This series of NFT drops will provide an avenue through which fans can build, trade and collect their own NFT ticket stub collection over the season. This provides the perfect opportunity for fans to engage with one another and build a new community of collectors and traders with a shared passion for racing and digital art.

There will be 2500 free to claim NFT ticket stubs at most races and 1000 limited edition NFT ticket stubs at up to five races throughout the season. The 2022 Formula One Miami race weekend will also see the unveiling of several unique NFT’s produced in collaboration with multi-disciplinary artist Mad Dog Jones.

In a world-first, two special NFTs will feature the 2022 Miami cars raced by Lewis Hamilton and George Russell, with both drivers running rear wing endplates during the race featuring the Mad Dog artwork. The rear wings, fresh off the Mercedes car in Miami will be auctioned together with their corresponding Mad Dog NFT.

The NFT auction will be held exclusively on the FTX US NFT marketplace. The team’s proceeds from the auction will go to ignite, the team’s and Mission44’s joint charitable initiative in which they support the mission of greater diversity and inclusion within motorsports. The NFT ticket stubs limited editions will be released for the season-opening races in Bahrain, Saudi Arabia, Australia, and Imola. These NFTs will be allocated randomly to fans who register during the Miami Grand Prix event.

What has been said by the parties involved

“Finding new and innovative ways to engage with our global fanbase is a key priority for the team,” “Alongside FTX, we are thrilled to launch our 2022 collection of NFTs created by some of the world’s most talented artists, starting with Mad Dog Jones. “Collecting memorabilia has always been a huge part of following your favorite sports team and we’re excited to create these genuinely cool digital collectibles that will also unlock new ways for fans to be closer to the Mercedes-AMG Petronas F1 team.” Richard Sanders Mercedes commercial director.

“The Mercedes-AMG Petronas F1 Team is known for innovating and pushing the limits in their sport and the upcoming NFT collections reflect that ethos,” “FTX is excited to collaborate with the team on this auction connecting unique NFT artwork with a key component of Lewis’ and George’s Miami cars in a first for the team and sport”. “We hope this exclusive collection along with all the exciting events we have planned in Miami for race week will be an amazing experience for NFT collectors and long-time F1 fans who want to be a part of racing history.” Avi Dabir, vice president of business development at FTX.