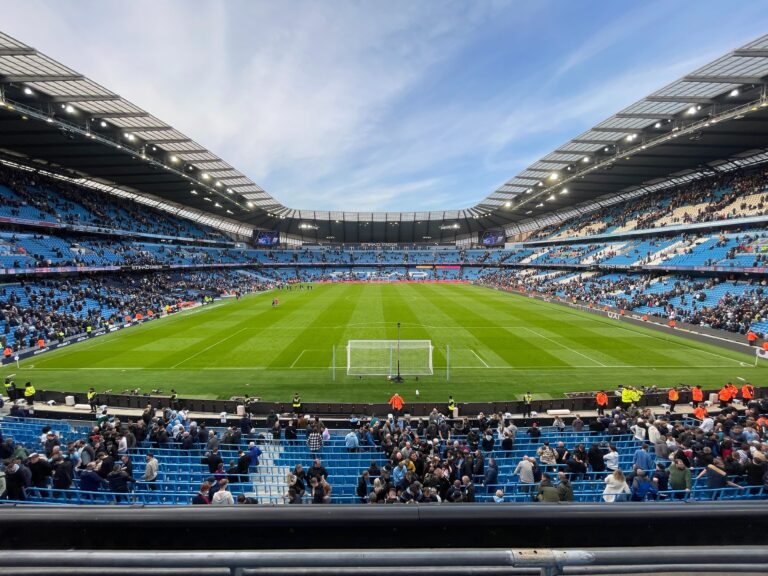 Manchester City is the first soccer club in the world to use Rezzil’s virtual reality (VR) fitness and training platform. They are allowing fans to interact with the team and participate in training sessions at the renowned Etihad Stadium as part of this collaboration. Through virtual drills, clubs frequently use Rezzil’s technology to fine-tune abilities and recover from injuries. There are also match simulations that do not require contact or the presence of a training field.

VR headsets and sensors help to recreate the entire stadium experience with this platform. We can even hear a cheering crowd and haptic feedback that simulates kicking a ball. Some of the largest teams in the UK are among their clients, and many professionals had equipment at their homes during the lockdown. It is also thought that the technique will reduce the number of headers that players must perform in practice.

Find out what’s new with Manchester City, including their collaboration with Sony to bring their game into the metaverse.

Player 22 is a more consumer-oriented programme that uses off-the-shelf Meta VR headsets rather than more expensive professional-grade technology to democratise the fitness and training benefits of Rezzil. Player 22 is largely a training tool, but in an era when various technologies are rebranding as “metaverse” underpinnings, it also provides enormous engagement options. In fact, during Facebook’s major rebranding announcement, Meta CEO Mark Zuckerberg addressed Player 22.

More to come for fans

This new partnership with Manchester City will allow fans to participate in drills and training sessions inside the club’s stadium. Not only that, but they can interact with a wide range of digital products, including balls, gloves, and non-soccer-related items. Rezzil also believes that virtual reality can facilitate direct revenue streams such as merchandise. This platform has the potential to provide a higher level of engagement for fans who are unable to attend a game at Etihad Stadium.

Learn more about the latest football news, including TikTok’s partnership with the African Football Federation (CAF).

They are bringing fans closer together with this new announcement, while also providing genuine benefits, as fans can really train. Player 22 offers an amazing fan tool that allows people to not only watch but also play the game. Internally, the platform manages the addition of a new stadium, and models will be created using images or site visits. Furthermore, Rezzil is one of the NBA’s initial intakes for the Launchpad technology accelerator program. To broaden even more, Player 22 now includes football drills and hopes to gain more clubs as the addition of more teams and features makes it more appealing to users.