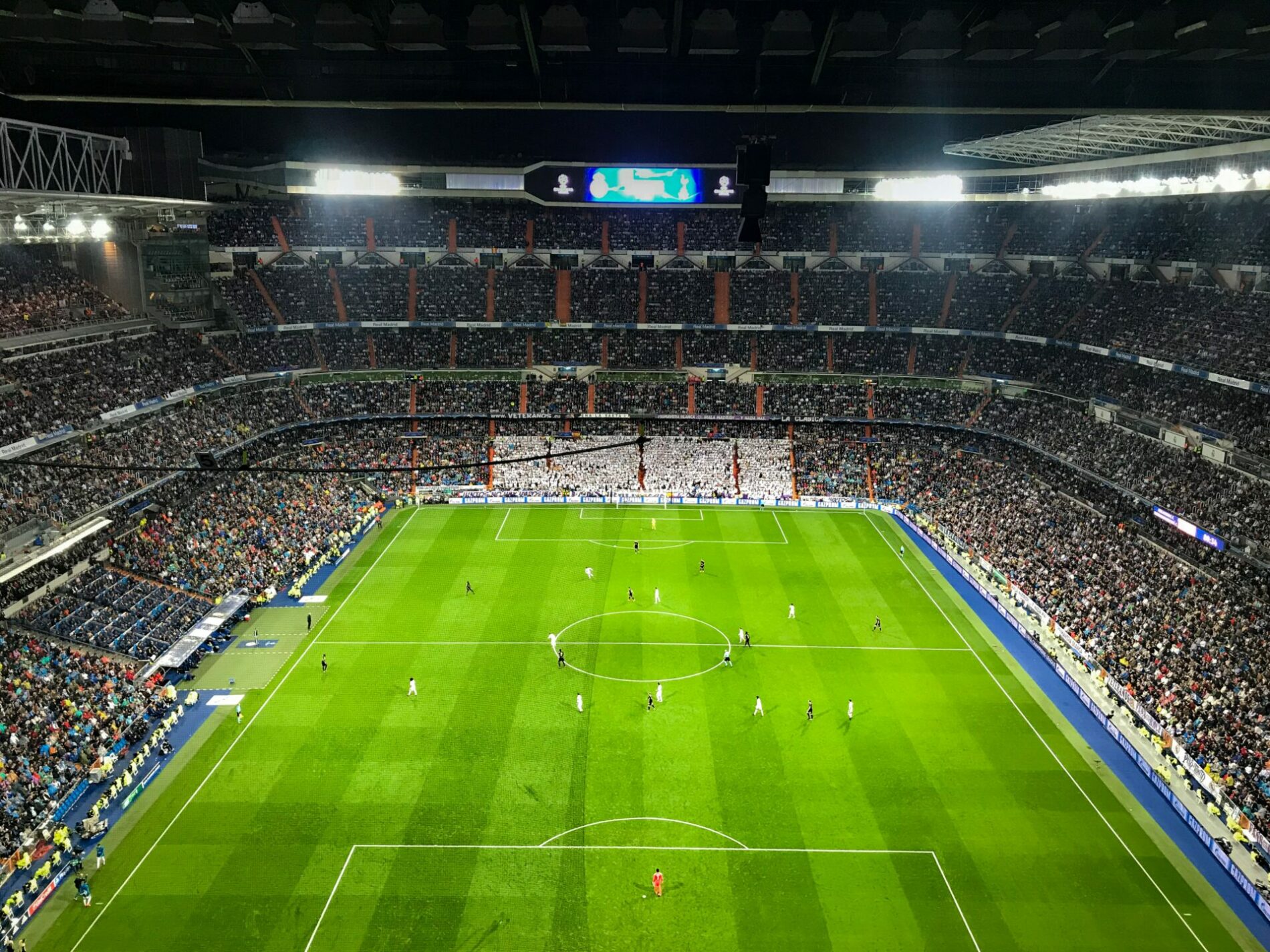 English, Brazilian and Spanish clubs represent 73% of interactions between top 50 clubs on the social media platform in 2022

Twitter has shown gradual year-on-year growth when the total number of interactions from football clubs from all over the world is analyzed. The social media platform is second in this regard, behind only Instagram.

In a survey carried out by Samba Digital of some 400 profiles of clubs that compete in the world’s biggest football leagues, we found that Twitter accumulated 1.58 billion interactions throughout 2022, a performance that represents an increase of 7.4% compared to 2021 and 50% compared to 2020. 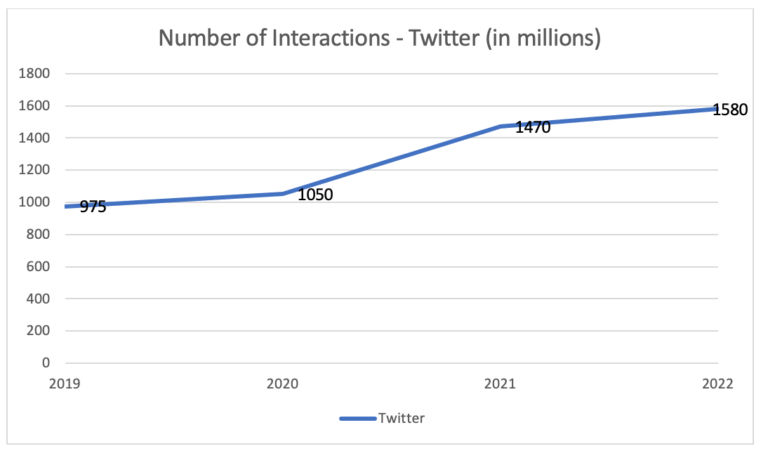 The 1.58 billion interactions throughout 2022 ensured Twitter, in regard to its importance to sports clubs, the best year since its launch.

The highlight is to Real Madrid, the total leader not only in interactions but also in new followers. In all, the Spanish club accounted for 8.6% of total interactions in 2022. Adding the numbers to those of their main opponent, FC Barcelona, the two Spanish giants account for 15.82% of the total.

Here are the 50 clubs with the best performances in 2022: 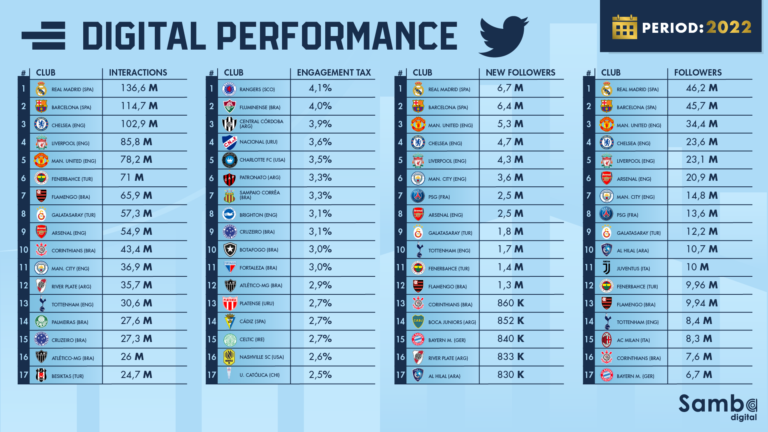 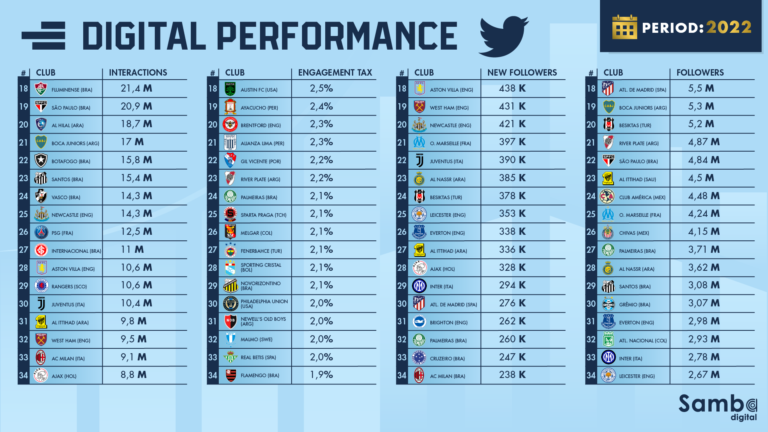 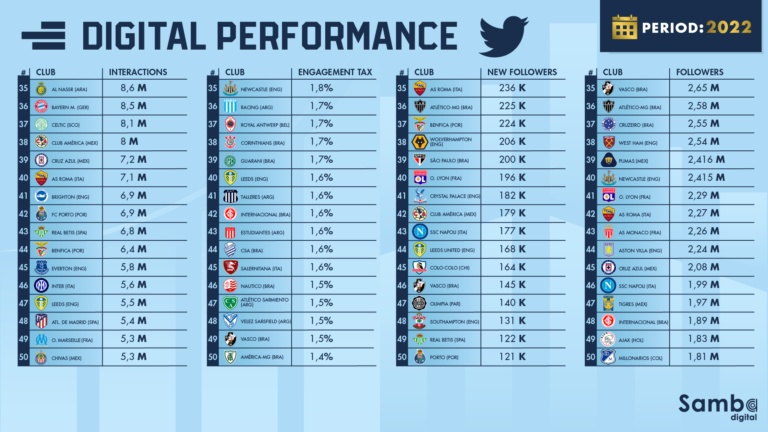 Samba Digital’s Portuguese-language Social Media Manager, Wagner Leitzke understands that proprietary and original content has finally become a priority in clubs. With that, the increase in audience became a consequential effect, since football clubs, by themselves, move the passions of billions of fans across the planet.

“Year after year, football clubs have realized, even if some are still behind schedule, that digital has become the flagship of the entire Marketing structure, and not just a means of redistributing content. The numbers, in my view, should grow in the coming years, as they realize that, in digital media, you don’t just communicate with your own fans. The communication barrier here is smaller than a physical one and, with that, the engagement of a sympathetic fan or even rival generates several types of benefits when we measure the results,” said Leitzke.

The performance of the 50 clubs with the highest number of interactions represents 85% of the total of almost 400 clubs with analyzed profiles.

Among these 50 with the highest number of interactions, there are representatives from 13 countries, with a predominance of Brazilian and English sides — together, the two countries make up 23 of the top 50 performers throughout 2022. 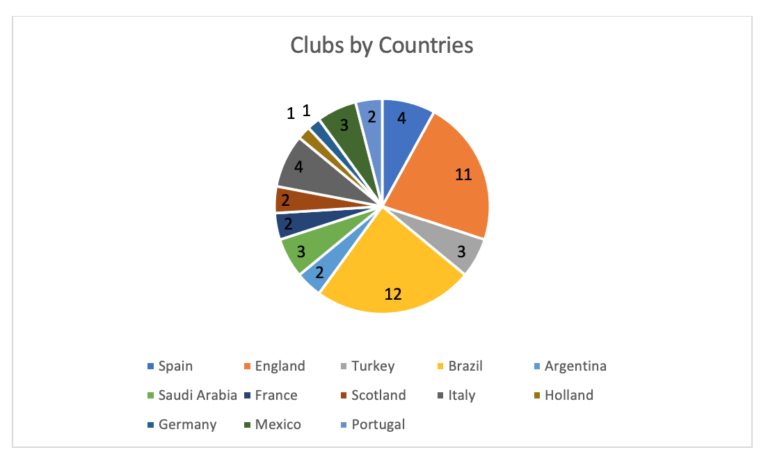 But, when we analyze the volume of interaction that clubs in these countries provided throughout 2022, the graph’s makeup changes considerably: 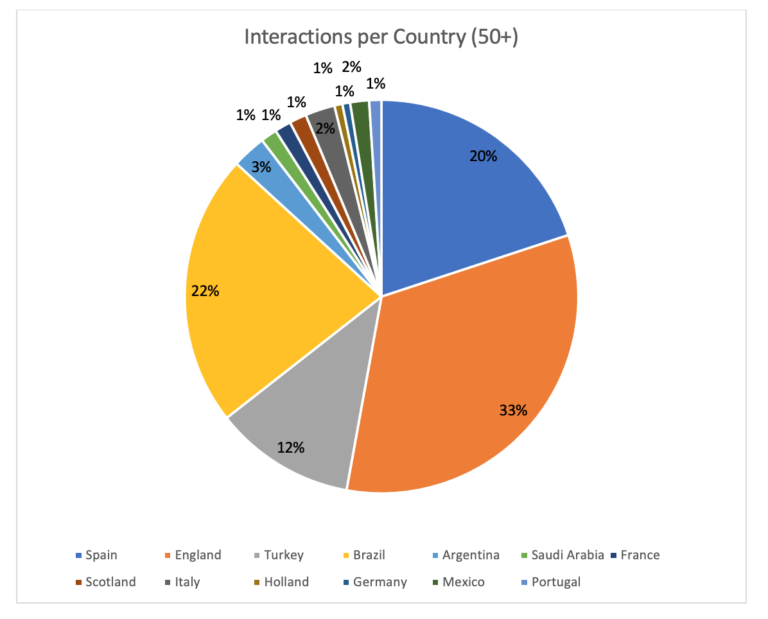 Despite having one less club than Brazil among the Top 50, the official accounts of English clubs hold most of the interactions on Twitter.

For Dan McLaren, Client Director of Samba Digital, based in England, the English performance on Twitter is the result of a sum of factors:

“The fact that English is the most used-language globally already expands more than just the local market; it impacts fans around the world. Added to that, we also have the Premier League, which is probably the most relevant league in the world and has some of the biggest names playing for their clubs. It impacts Africa, Southeast Asia, South America, and that boosts the whole performance.”

“Twitter as a platform that, despite its recent issues, is still the go-to place for breaking news (transfers, for example) and general updates. It is also the favorite destination for fans to express their opinions, whether good or bad, and to see content that is not seen on other platforms such as Instagram, TikTok or Youtube,” he concluded.