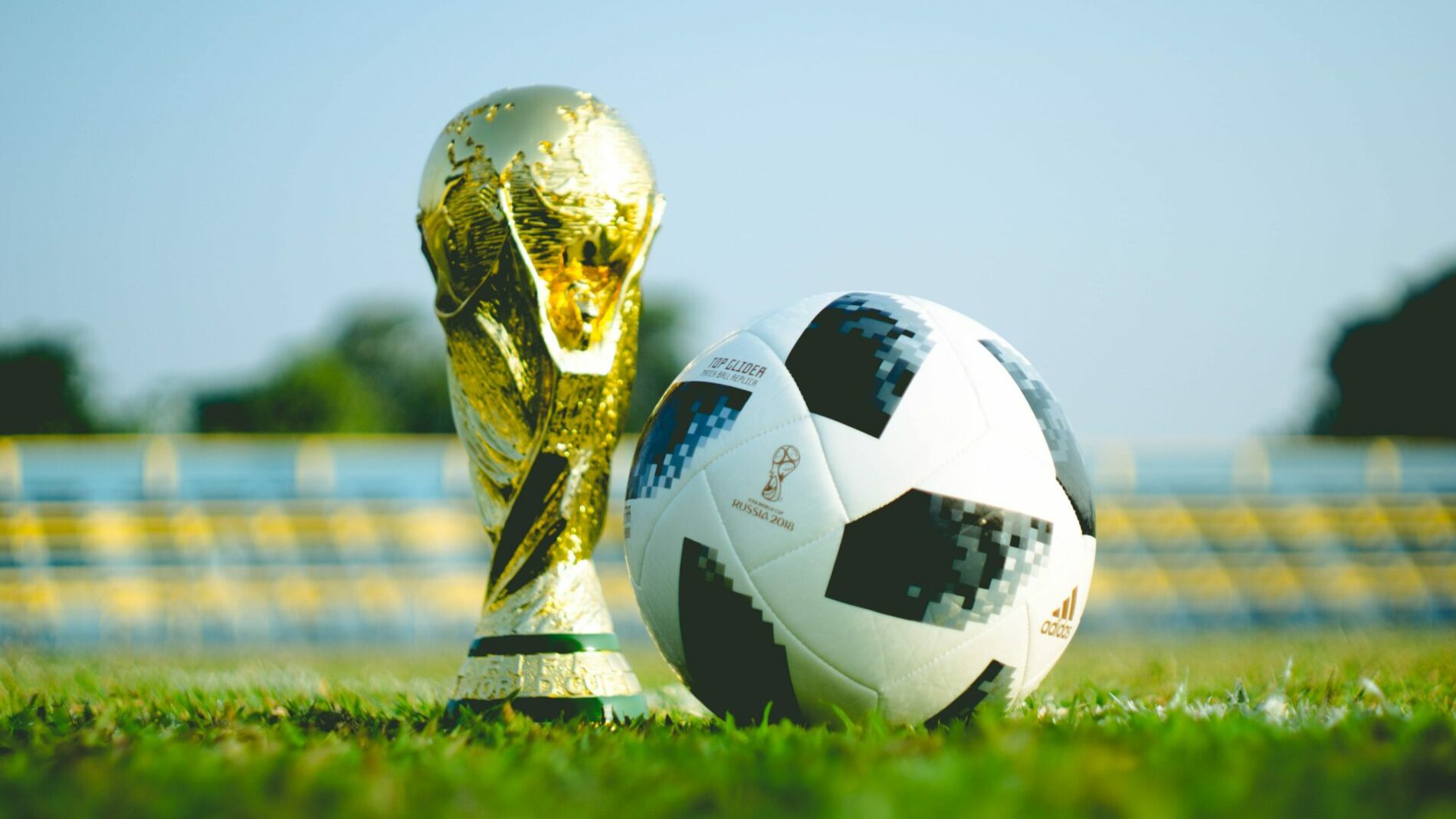 In the 28 days between the first game and the final, FIFA’s profiles reached 63.6 million interactions, while the 30 national teams posted a total of 25.5 million

The FIFA World Cup Qatar 2022 presented, over its 28 days, good digital results Twitter. Overall, the six pages managed by FIFA totaled 63.6 million interactions. No other sporting event has come close to the digital performance of the World Cup.

When analyzing things coldly, it should be noted that football leagues around the world were interrupted for the World Cup, while Formula 1, for example, had already ended its 2022 season, with Dutchman Max Verstappen becoming a two-time world champion.

The only competitions, however, that took place simultaneously with the FIFA World Cup Qatar 2022 were sports traditionally popular in the United States. In a quick analysis, it is noted that they were not even close to the performance of the main football tournament in the world.

At a glance, if we compare the dispute period of the FIFA World Cup Qatar 2022 – starting on November 20 and ending on December 18, with Argentina’s title – nothing comes close to the performance of the FIFA profiles.

Here are how the other competitions performed during the FIFA World Cup:

To bring a little more parity to this comparison, we extended the period of analysis to the last four months of the year.

If, on the one hand, some tournaments did not take place during the period of the FIFA World Cup, on the other hand, the World Cup had to work to create expectations among fans, who were very focused on the performance of their clubs in their tournaments. 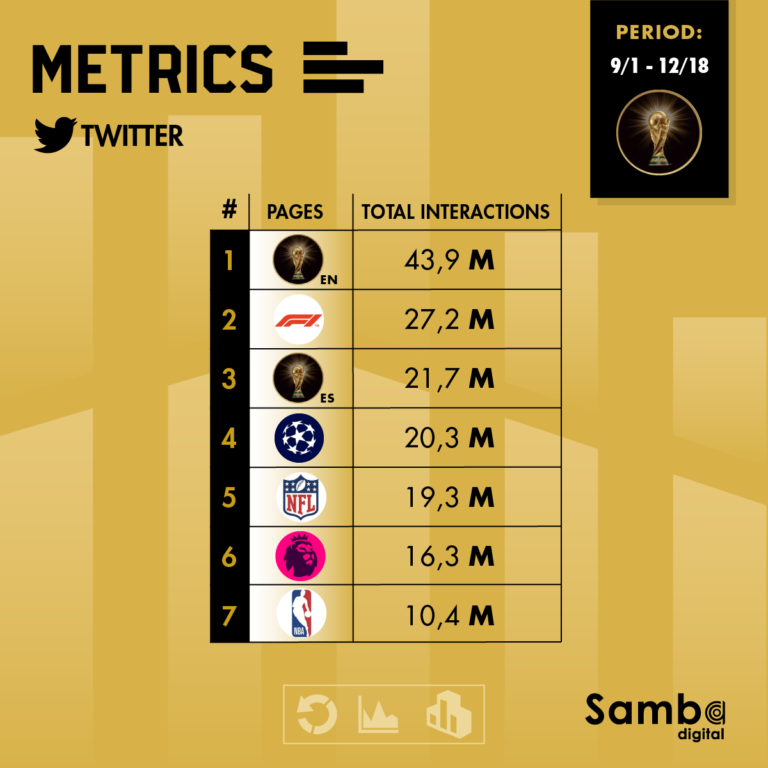 Guilherme Neto, Digital Manager of Club de Regatas Vasco da Gama, analyzed the numbers and highlighted both the performance of the official profile in English and Spanish.

“The FIFA main account shined. The result rewards the investment made in covering the biggest event on the planet, but the representation of the Spanish language was great and ended up being boosted by Argentina’s title and Messi’s coronation”, analyzes the professional, who also highlights his surprise with the Formula 1 performance.”

“I am surprised by the excellent job of recovering the image and insertion of F1. Spectacular result for a category that was considered outdated not long ago,” he points out.

Returning to football, the six FIFA pages accumulated 2.6 million new followers across the world in these 28 days.

While FIFA’s profiles totaled 63.6 million interactions during the 28 days of competition, the official accounts of the 30 national teams – Iran and Tunisia, just like on Instagram, did not post even once on Twitter – accumulated over 25.5 million interactions.

The highlight is Argentina, the leader with 5.3M interactions: 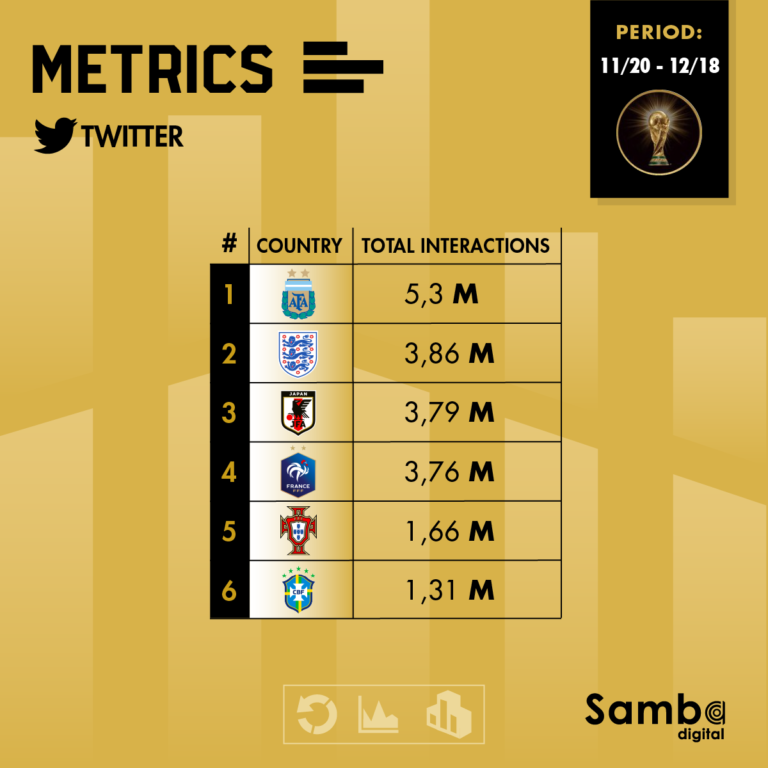 It is worth mentioning that Argentina added 1.8 million interactions with its third World Cup title and the performance on the day of the final match would already surpass national teams of the size of Portugal and Brazil.

Here are some national teams that were below the 1.8 million interactions, a mark obtained by Argentina on just the day of the final: 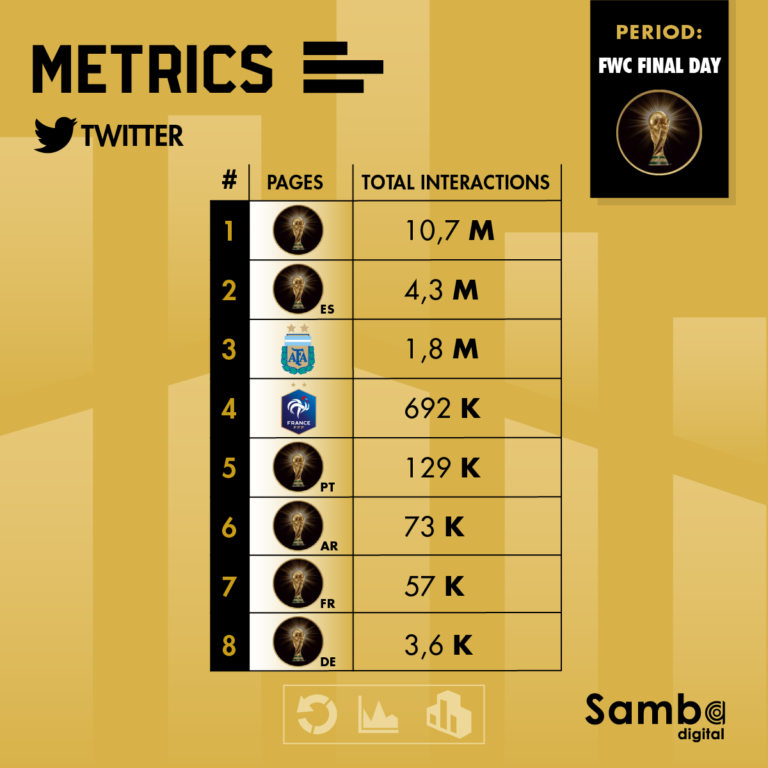 Samba Digital will continue to monitor the sports world and will bring the best insights for development and best practices in the digital world.