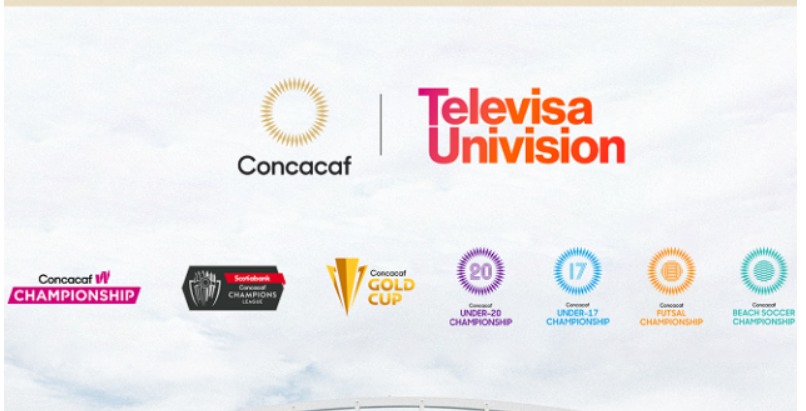 Concacaf has inked a multi-year US rights deal with Spanish-language media company TelevisaUnivision, covering various competitions run by the governing body in Central and North America.

Concacaf’s annual rights fee from TelevisaUnivision will increase by a ‘mid-double-digit percentage’ under the new deal.

However, it should be noted that this isn’t a direct comparison as there are a few competitions not included in the initial deal, and with the Concacaf Champions League expanding from 16 to 27 teams in 2024, TelevisaUnivision’s new deal will include more inventory.

The emergence of TelevisaUnivision

TelevisaUnivision was formed when Mexico-based Grupo Televisa and the US Univision holdings decided to merge in April 2021.

While Concacaf was able to secure a deal for its Spanish-language media rights in the US, the organization is looking to land an English-language rights partner for a package that includes the Concacaf Champions League from 2023 to 2025 and the 2025 Gold Cup. The confederation’s current deal with Fox Sports includes next year’s Gold Cup, while CBS Sports holds the rights to this summer’s Concacaf women’s championship under a separate deal.