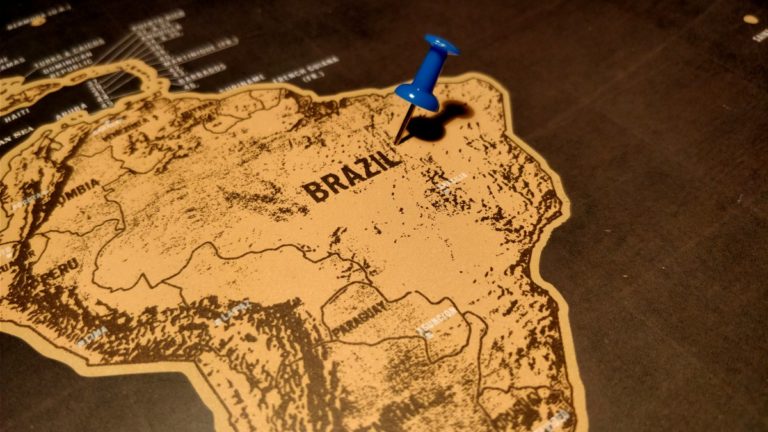 The Brazilian government authorized in December 2018, the practice of sports betting by voting Law 13.756/18. But since then, despite intense debates, the market has still not been regulated due in particular, to heavy pressure from the evangelicals.

This has not stopped large international groups, such as betting sponsorships, from investing massively in the market, a market that is worth nearly a billion dollars a year in Brazil. Here’s a look at how these betting sponsorships play a huge role in the Brazilian market.

A breath of fresh air for Brazilian clubs and brands that recently lost money since January 2019, was the financial support of the state bank Caixa Economica, following thea veto of President Jair Bolsonaro. In 2018, Caixa sponsored 24 Brazilian teams and seven straight championships in Brazil with an annual investment of nearly $50 million.

Today, almost all of the Brazilian Serie A teams have betting sponsorships. This is the case, for example, of Flamengo with Sportbet.io, Netbet with Vasco de Gama, or Betsul with São Paulo. Some have even decided to sign a partnership with Serie C clubs like Betwarrior with Remo or Betgold with Boavista, a regional club of the Rio de Janeiro State Championship and do not play in any national division.

There is actually a trend that actually follows the organization of Brazilian football. Let’s quickly look over the calendar. From January to April, the state championships are traditionally played where teams from the same region compete. In São Paulo, there are, for example, teams such as Palmeiras, Corinthians, and São Paulo but also smaller clubs like Inter de Limeira, Santo André, or Novorizontino. It is a separate championship which has no connection with the national championship, which is organized by the CBF. The top four divisions called Serie A, B, C, and D start in April and continue for the most part until December.

The country manager of Betgold explains the reasons for this partnership:

«  BetGold is a new brand which started at the end of January. In terms of timing, the regional championships matched well as they start at the beginning of the year. It was an opportunity to quickly introduce the brand to the public. We chose Boavista and Santo André because they are well organized, very professional teams and with a very good audience. Sportingly, it also went very well. The brand’s DNA is to sign well-thought-out partnerships that do not depend solely on the financial aspect. Our growth must be progressive. In terms of agreements, we have included jersey sponsorship, campaign-style campaigns on social media (jerseys and tickets), and online visibility on their websites. »

The majority of small teams end up with a short annual calendar of 3-4 months, if they do not compete in the Copa do Brasil. This presents an opportunity for brands to sign deals of just a few months to reach several regions or audiences.

Clubs are not the only ones positively impacted by this structural change. Sports betting brands have taken their interest in influencers or ambassadors to position their brand with the so-called famous “Brand Awareness”.

Some notable partnerships include Evair and Leovegas organized by Samba Digital, Natalia Guitler, and Falcao with Betsul, Ronaldinho with Betcris, Rivaldo with Betfair, or Raquel Freestyle with Tempobet.

Thomas Carvalhaes, the Brazil representative manager at LeoVegas spoke about the importance of the betting market in the South American nation.

« For LeoVegas, the importance of having a brand ambassador is exactly having the awareness in the market given that it’s so young. The market is so fresh with sports betting and betting in general that in Brazil, the role is more to bring awareness of concentration on two things, the betting sector, and the brand. So it is important that you have already done your homework with work of marketing, right, because the vast majority of Brazilians have no idea of what sports betting is or how to bet, for those that have no idea that you can play online roulette, so I understood that in the field of sports betting, I can bring it to the field of games as for awareness and education, which is what consequently brands in the potential market are embracing. «

Betcris & The Importance On The Competitions

Betcris is also the official sponsor of the Brazilian national championship until 2024 with visibility on Globo of 76 games and billboards on 361 championship games. Brasileirão is distributed in 155 countries around the world. Betcris Marketing Director Aurélien Lohrer explains the brand’s strategy in Brazil:

« Betcris never operated before legalization. We are not the biggest in the market but we have to hit hard on the market. The national championship has the advantage of being for everyone, with a duration of 7-8 months. We start with « Brand Awareness », then acquisition with a more targeted offer and then we insist on retention/reactivation during the rest of the championship. The broadcasting is on Rede Globo, we have 76 games with a call to action. It’s a hybrid strategy. When you position yourself with a club, you lose market share because you are primarily addressing the fan of that club. Our average conversion rate is 40%. During the partnership, we carry out market studies to verify that the perception of the brand is evolving positively. It is a long term strategy and we do not expect a return on investment for the first year in Brazil.»

With the heavy financial crisis linked to COVID-19, there is no longer any doubt that the government should speed up the regulation of sports betting in Brazil, which would soon include online casino games.

For European clubs, the opportunity is opening to sign regional agreements in the Brazilian / South American market. Take the recent example of Napoli with KTO or Tottenham Hotspur with Fun88.

If you need assistance on the Brazilian betting landscape, please contact us on Samba Digital’s contact page.