Social Media Update: Looking back at 2022 in Brazil’s Serie A 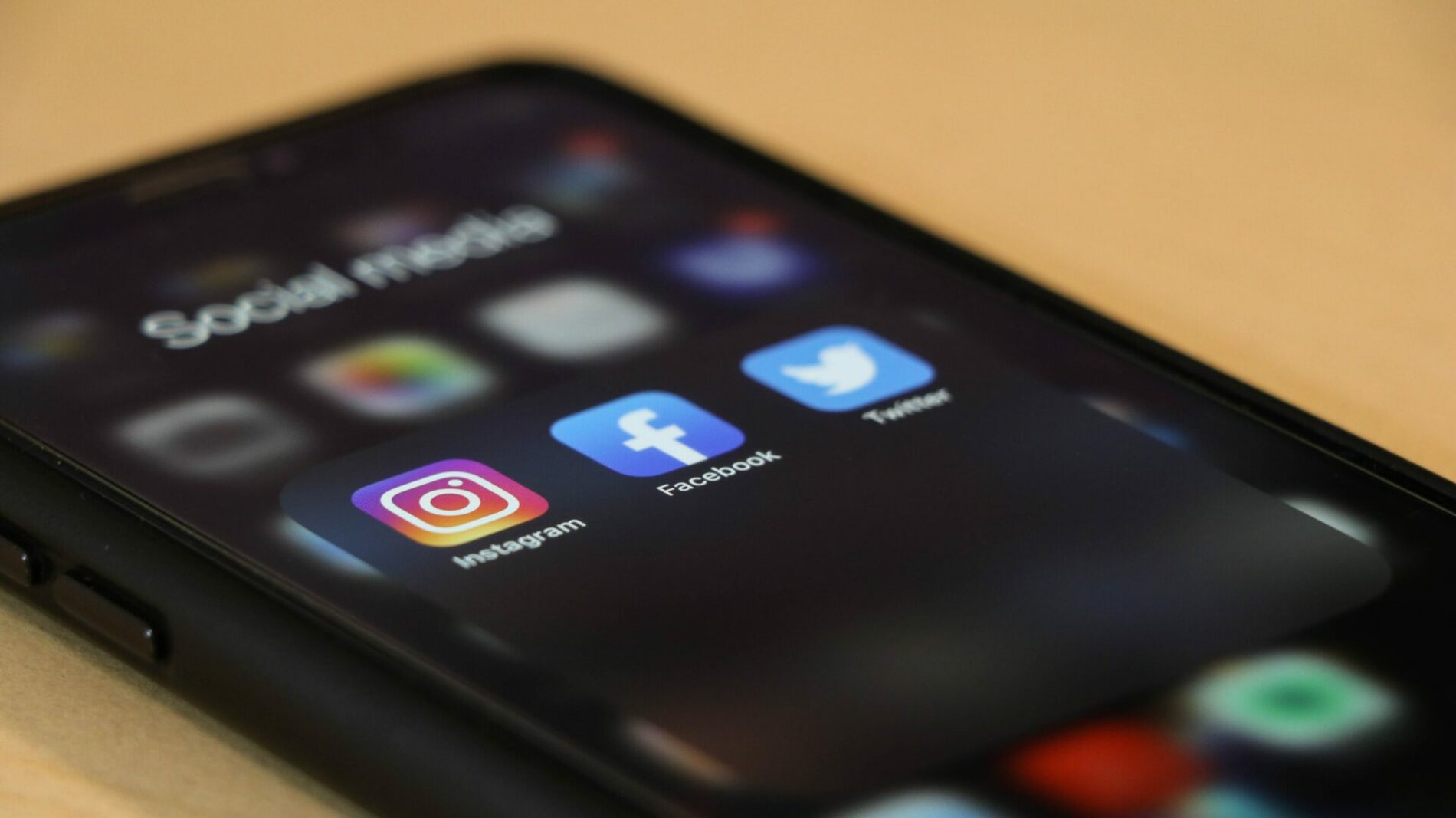 We can definitively say that Brazilian football grew in 2022 if we only look at the performances of Brazilian clubs on social media. Overall, the combined numbers of the 20 clubs that will compete in Serie A in 2023 A grew by 40.97% compared to their 2021 numbers across the four main social media networks: Facebook, Instagram, TikTok and Twitter.

In all, the 20 Brazilian clubs totaled 3.59 billion interactions. In addition, performance on all four social media platforms increased performance compared to 2021. Instagram is the main driver of these, with 79.78% of the total interactions in Brazilian football. Too, despite the power of Instagram, performances on TikTok also draw attention. 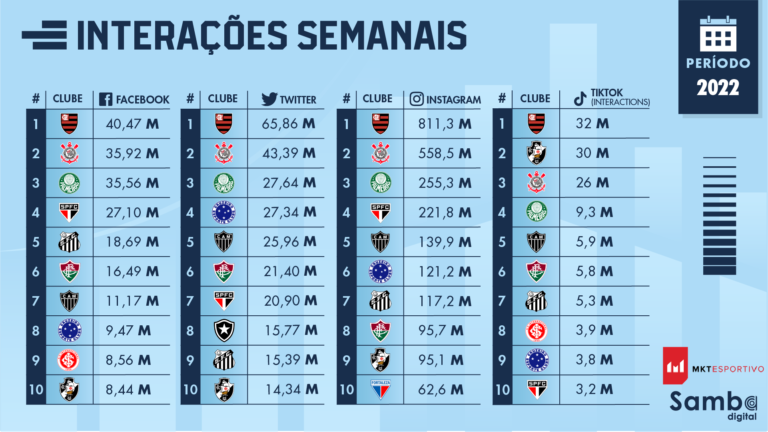 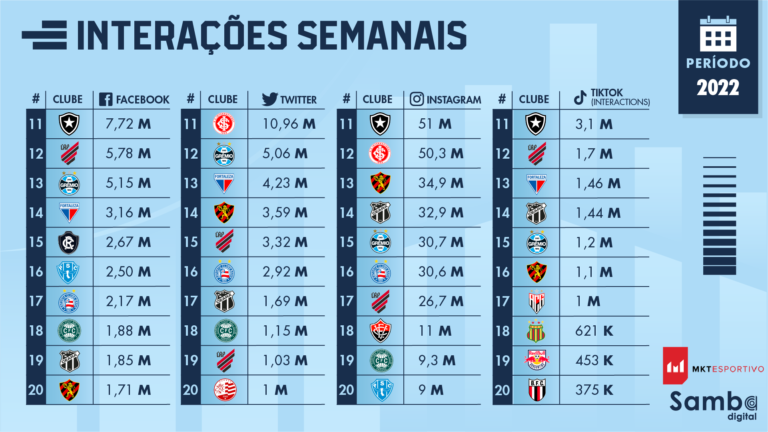 TikTok the biggest mover, with Vasco in the lead

Compared to 2021, interactions on the Chinese social network increased by 317%, while video views grew by 256%, reaching the incredible mark of 1.48 billion views.

“More and more clubs have opened accounts and are paying attention to their content production. It is beneficial for the entire ecosystem and strengthens the link between sport and entertainment. In addition, there is potential for generating new revenues that did not belong to the clubs before, but to the media companies,” points out Guilherme Neto, Digital Manager of Club de Regatas Vasco da Gama.

Vasco was the main driver of TikTok in the Brazilian market in 2022. The Rio de Janeiro club represented 23.09% of the total views that the platform achieved in Brazil. 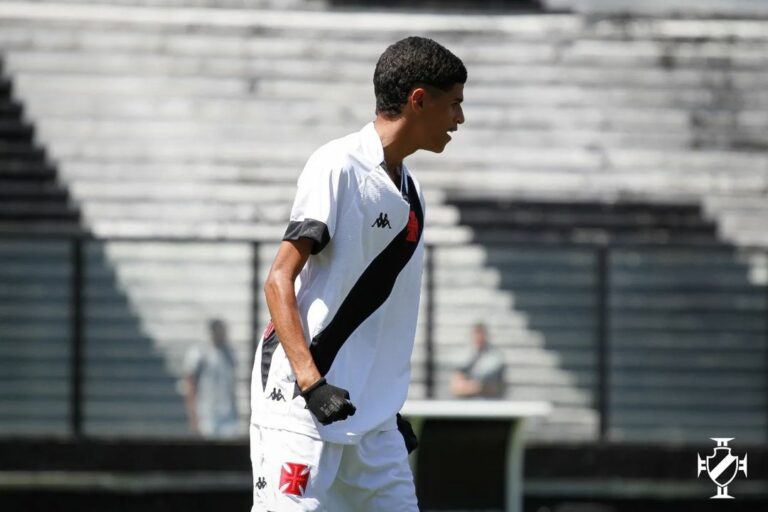 Vasco’s performance is mainly due to the campaign developed with the media darling, trick shot phenomenon Luva de Pedreiro. However, Vasco’s great differential compared to all other clubs in Brazil and the world was their strong sense of timing.

In March, Vasco invested time and financial resources in the influencer’s trip and was the first club to have a social media activation with Luva de Pedreiro. As a result, the club from Rio de Janeiro achieved an explosion of views and interactions, taking the lead on the platform in 2022.

“Understanding how platforms are evolving is more important than diving right in the hype. Today, adopting the same strategy and content across all social media plataforms brings completely different results between them. Each network has its own niche and Vasco is one of the clubs that best understand this in Brazil”, says Wagner Leitzke, Social Media Manager at Samba Digital, which manages the Portuguese-language social media accounts of several of the biggest European clubs.

In the other platforms, Flamengo led. In some, such as Instagram and Twitter, they had a wide gap in relation to Corinthians, a 31% and 34% difference respectively. In others, this gap was a little tighter — in the cases of TikTok and Facebook, the differences were 4.2% and 11.2% over Vasco and Corinthians respectively. 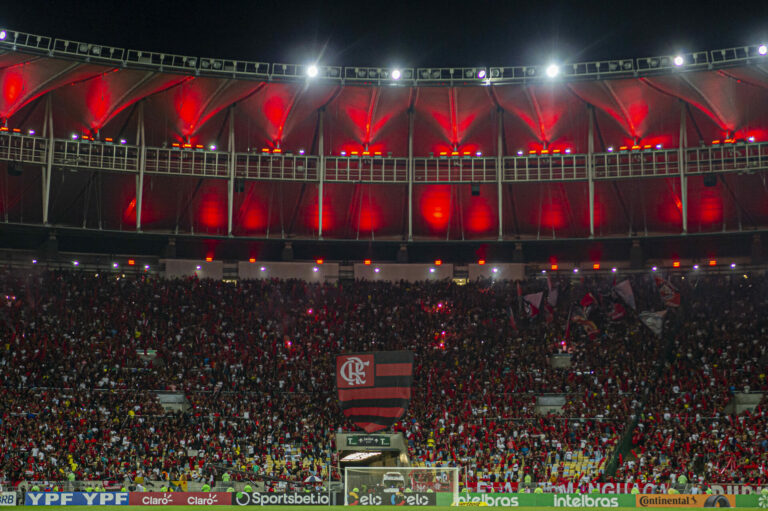 In all, Flamengo came close to the mark of 1 billion interactions across the four social media platforms, totaling 949 million, which represents more than 26% of the total (3.59 billion) of all clubs.

With the largest number of fans and the best digital performances, Flamengo also has consolidated itself as the country’s greatest creator of content: the club posted the most content on social media, with the exception of TikTok, where Corinthians made 291 posts more than the Flamengo.

“We always want to be on top! We will produce more and more content, always focusing on quality. Once again we had fantastic results, and we hope to remain at this level in 2023. Strong communication helps us in every way and the support of President Rodolfo Landim has been fundamental in this”, declared Bernardo Monteiro, Director of Communication at Clube de Regatas do Flamengo.

Continuous growth in the audience that follows the clubs

TikTok as a phenomenon

Despite not being a platform designed to generate interactions, TikTok showed significant growth in this regard: 300% compared to 2021 numbers. Even with this increase, the statement made above can be proved when comparing the number of views against interactions. Video views are 10 times greater than interactions if we analyze the performances of the 60 clubs that make up Serie A, B and C in Brazil.

“Understanding the platform’s behavior greatly facilitates the entire content production process and the expectations that go with it. The unique behavior is due to TikTok as an entertainment platform and not a social media network. This is made even clearer with the huge discrepancy between views and interactions,” added Guilherme Neto, one of those responsible for the great performance of Vasco da Gama on the platform.