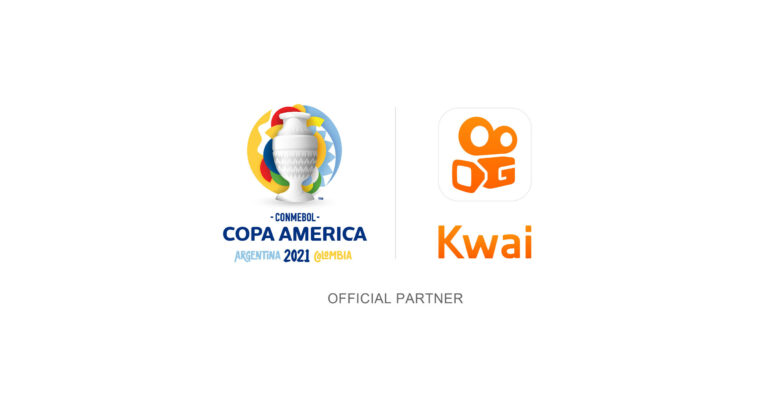 The world’s oldest soccer event is just a few weeks away from kick-off. There’s no better way to pay tribute to the Conmebol Copa America 2021 than to declare Kwai as the tournament’s official social media site. Thousands of users and soccer enthusiasts will gain from this new partnership. Content creators can now gain access to exclusive content in one of the most exciting and engaging apps available.

Kwai is set to launch a one-of-a-kind project in Latin America to develop and promote sports content creators, making this sponsorship an ideal time for Kwai in the region. Kwai can build a new normal from this partnership. They will become the eyes and ears on the other side of the games, each lasting longer than 90 minutes. Furthermore, from afar, the alliance provides a unique perspective on football celebrations.

All Kwai users will be able to access the official @CONMEBOLlCopaAmerica and @CopaAméricaBR accounts. They will have access to special content and will have a unique perspective on each event. The tournament’s official soundtrack, as well as the opening ceremony, behind-the-scenes footage from the locker rooms, and press interviews, will all be released. In addition, there will be fan events, daily news, and live broadcasts to look forward to. They’ve also established up accounts for @KwaiFutbol and @KwaiEmCampo on Twitter. These new accounts will be producing further knowledge about this great sport, as well as the region’s soccer celebration.

At the Conmebol Copa América 2021, soccer fans can observe what happens off the pitch of the National Teams. This experience will allow fans to share the tournament’s most emotional moments with their favourite teams.

This is a first for Conmebol. It will be the first time a major association will be honored through a digital entertainment platform. This is an exciting time for Conmebol, as they will be able to reach millions of Latin American viewers with previously unheard content thanks to Kwai.

Thanks to the creation of the Sports Creators Program, Kwai is ready to promote sports content creators who will be able to grow alongside Kwai. The application plans to invest a whopping $10 million to ensure that this expansion is possible. Through a program that offers one-of-a-kind seminars for the creation of critical content, this funding will benefit content creators all over the region. In addition, creators will have access to advise and support from a team of industry experts. Of course, incentives are key, so creators will be able to monetize all their hard work.

More about Copa America, including its collaboration with Conmebol, can be found here.