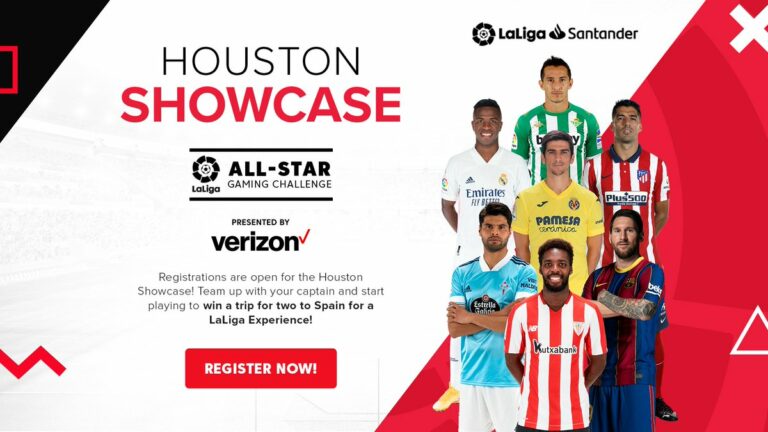 In terms of its fan base, LaLiga has gone a step further by introducing new and exciting content and experiences. LaLiga North has partnered with Verizon to launch a new amateur gaming platform that includes the FIFA video game from EA Sports. The goal of this new platform from LaLiga North America and Verizon is to use the power of gaming to bring soccer fans from all over the United States together.

The LaLiga All-Star Gaming Challenge presented by Verizon is a free online platform powered by Boom.TV that will be available to soccer fans until November 30th. This platform is particularly exciting for Verizon customers as they will gain unique experiences when they enter.

Fans can not only be able to compete in showcases and events, but it is also a big moment for the industry. This will be the first website of its kind for all amateur gamers. Along with the chance to play with other gamers, you can also win a trip to Spain to see LaLiga in person.

The game will be hosted by Melissa Ortiz, a former Colombian national team member. Mando Fresko and RatedHugo, a well-known FIFA Streamer, will join her. Gamers will start participating in weekly FIFA challenges once they’ve signed up. Not only that, but they can also answer LaLiga-related questions, training them to participate in showcase events around the US.

The showcase events on this site have become a hot topic among gamers. Miami, New York, Chicago, Houston, Dallas, San Antonio, Los Angeles, and San Diego are among the eight major American cities where these events will take place. LaLiga has added stars to the mix in order to increase engagement. Each event will feature a team captain and a LaLiga player, a LaLiga Ambassador, or a gaming influencer. These VIP guests will meet fans and teach masterclass gaming tutorials in order to interact with new gamers.

Luis Garcia, a former FC Barcelona player, has been elected captain of the San Diego event. Sergio Dest of the Men’s National Team and Diego Lainez and Hector Herrera of the Mexico National Team are among the new captains. More captains will be announced in the near future.

With so many amateur gamers fighting for a place in the tournament, only eight players will be declared champions. Following that, the winning players will have the opportunity to grab an all-expenses-paid trip to Spain for immersive gaming and LaLiga experience.